(See below for Spanish translation)

“In the neocolonial alchemy, gold changes into scrap metal and food into poison.”

Exiled Uruguayan scholar Eduardo Galeano writes about toxic neocolonial alchemies in the first pages of The Open Veins of Latin America (Las Venas Abiertas de América Latina) (1973: 2). While he would later criticize his book for being too literary and impassioned, his contribution stands as a powerful condemnation of extractive economies of the past that continue into the present. He cites the structural adjustment policies promoted by the World Bank and the International Monetary Fund that began in the 1950s. These policies, as part of post-colonial financing schemes, tightened the tourniquet on the open veins of Latin America, changing gold into scrap metal and food into poison.

Images 1-3: Mining in Madre de Dios; Burning Mercury Amalgam; The Madre de Dios River (Source: The image of the mining camps (upper left corner) is used with permission of E. Estumbelo. The other two images were taken by the author). 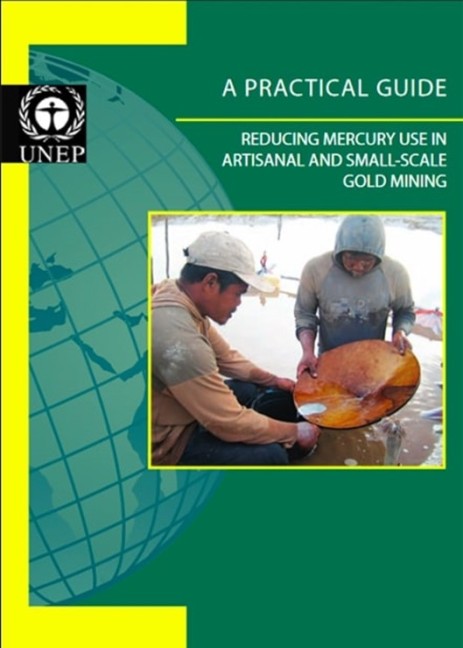 Throughout the Amazon Basin, state-owned and transnational corporations extract natural capital of all kinds: timber, water, oil, gas, and, of course, gold. In the Peruvian Amazonian region of Madre de Dios, Hunt Oil works a land concession in the Harakbut territories (https://ejatlas.org/conflict/amarakaeri-against-hunt-oil) and an estimated 70,000 illegal gold miners (Castro 2018; Fernandez 2019) apply liquid mercury in the process of small-scale and artisanal (ASGM gold mining).  The deforestation is extensive, both from illegal logging (https://ojo-publico.com/especiales/madera-sucia/) and from the gold mining (Caballero et al. 2018; Amancio, Nelly Luna 2018) (https://ojo-publico.com/sites/apps/oro-sucio-desastre-en-la-amazonia/). Miners use liquid mercury (quicksilver) to amalgamate the gold particles, pulled from riverbeds and open-mining pits. The excess liquid mercury is poured onto the ground (it is quite cheap). The mercury-gold amalgam is burned to leave pure gold. The vaporous mercury enters the air, and, like the quicksilver, also enters into a cycle of bioaccumulation, affecting fish and the people who eat the fish. One of the most-impacted areas is the Tambopata Nature reserve (https://ejatlas.org/conflict/illegal-mining-in-la-pampa-tambopata-peru).

Indigenous communities in Peru’s Amazon have grown worried about increasingly high levels of mercury, poisoning their food systems, drinking and bathing water, and their air (Hill 2018; Langeland et al. 2018; Reaño 2016 and see https://ejatlas.org/conflict/comunidad-indigenatres-islas-y-mineria-ilegal-en-madre-de-dios). It was thus fitting, then, on November 28, 2019, the day that many people in the United States of North America were celebrating Thanksgiving with food and drink, that a delegation of three Peruvian indigenous leaders shared their concerns about toxicity in their food chain at the United Nation’s third Conference of Parties (COP3) to the Minamata Convention on Mercury.  The Convention is the first global environmental agreement negotiated in the 21st century. The aim is to “protect human health and the environment from anthropogenic emissions and releases of mercury and mercury compounds” (UNEP 2019: 9).  The Minamata treaty outlines a number of measures meant to control the supply-chain of mercury used in products like batteries, lightbulbs, pesticides, cosmetics, and dental amalgams as well as in the practice of ASGM.[1]

The delegation included two indigenous representatives from Peru’s Amazonian region of Madre de Dios: Julio Cusurichi, from the Shipibo community of El Pilar and president of the Native Federation of Madre de Dios (FENAMAD https://www.fenamad.com.pe) and Luis Tayori, from the Harakbut community of Puerto Luz and leader of the Amarakaeri Communal Reserve (ECA-RCA https://amarakaeri.org). They were joined by Richard Rubio, from Peru’s Kiwcha community in Loreto and vice-president of Peru’s national Amazonian indigenous organization (AIDESEP http://www.aidesep.org.pe.  Three anthropologists accompanied them: Daniel Rodriguez, advisor to FENAMAD, Angela Arriola, advisor to AIDESEP and myself. 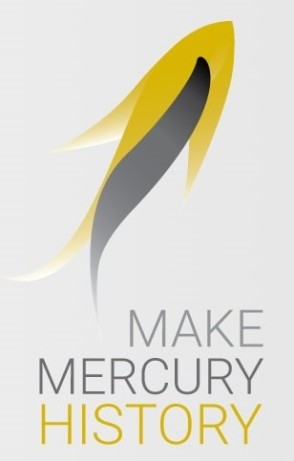 The Convention’s motto is: “Make Mercury History.” The mere presence of Cusurichi, Rubio, and Tayori made mercury history, in one sense. They were the only indigenous representatives to attend the meetings. Non-governmental parties may request to speak if their prepared statement is relevant to the articles in discussion among the country delegates. The topic was health on Thanksgiving morning. Sitting in the “OTHERS” section for representatives, Cusurichi, a 2008 Goldman Environmental Prize winner, spoke while Rubio, Tayori, and Rodriguez stood behind him in solidarity. Cusurichi outlined the troubling situation in indigenous communities who rely on river fish as a staple of their diet, river fish that now had dangerous levels of mercury in them. Public health information and health care delivery was not reaching indigenous Amazonian people in Peru, he declared, nor were they were consulted in the National Action Plan (NAP). He also asked why indigenous participation on the global level was non-existent when the Convention specifically noted that indigenous and local communities, particularly in areas of ASGM-related activities, were the most impacted by mercury contamination.

The Peruvian delegation in Geneva responded later that day with a public announcement that mercury contamination in indigenous communities was “a complicated matter.”

Since 2011, I have conducted engaged ethnographic research in Madre de Dios, Peru. In 2017, I asked Cusurichi about working on mercury contamination in indigenous communities. In 2019, I was able to support the participation Peruvian colleagues from communities affected by mercury to Geneva as Co-PI on a Coupled Natural-Human Systems (CNHS) National Science Foundation grant (2019-2022), written with atmospheric chemist Noelle Selin (PI) and political scientist Henrik Selin (Co-PI). My role is creating the collaborative ethnographic research design. This means supporting participation of stakeholders affected by mercury contamination – not just indigenous Amazonian community members, but also the miners and sex-workers, primarily coming from the Andes. As with many natural resource extraction jobs, the labor is predominantly male. Sex-work for women comes as a companion industry. These populations are also affected by mercury toxicity – breathing, eating, or touching it daily.

Because quicksilver is so pretty, because multivalent mercury in any of its forms neither smells nor tastes like anything, convincing people of its poisonous effects has been difficult.  It’s not just that mercury doesn’t appear dangerous. It helps to produce gold. In the neocolonial alchemy, the process is both chemical and economic – with entangled toxic effects. Economically, mercury is the god of trade. For European colonial powers, the mercantile system is what tapped into the open veins of natural resources. “Toxic assets” are investments that have lost their value and cannot be sold at any price.  “Is this what our land will become?” Cusurichi and his colleagues wondered. “What will be left?”

The history of the Minamata Convention stems from the legacy of Japan’s Chisso Chemical Company, which leaked methylmercury into Minamata Bay between 1932 and 1968.  Support for survivors has not been sufficient, although the government points to clean-up efforts. Accounts of how birds dropped from the sky, how cats “danced” (Minamata is also called “dancing cat disease)” and then how people became incredibly ill or died. The link: eating sea-life from the contaminated Bay.  In 1956, “Minamata disease” entered medical dictionaries (Hachiya 2006) as a “severe permanent neurologic disorder” (Miller-Keane 2003). Symptoms comprise the loss of impulse control, feeling in their limbs, and mental acuity. Seizures are also common.

Indigenous communities around the world are often the hardest hit by toxic levels of mercury – from the Arctic to the Amazon. Not surprisingly, in Peru’s gold-rich Amazonian region of Madre de Dios, mercury is poison entire food-systems, even when people live upstream from gold mining industries (Hill 2018). Researchers from Wake Forest, Stanford-Carnegie, UC Berkeley, and Duke University have conducted studies on the amount of mercury in the bodies of the land, rivers, and humans.  Despite sharing this information with the Peruvian government, little effort has been made to educate communities about mercury’s incurable damage.  Indigenous Amazonians aren’t the only ones affected by mercury toxicity or left largely out of the policy conversations. While the Peruvian government has made modest efforts to reach the new wave of Andean “colonists” who come from the mountains to the rainforest to mine for gold, they are often not well informed about mercury as a poison either.

As a heavy metal, mercury’s ability to pass the blood-brain barrier and amniotic fluid has contributed to Minamata disease throughout indigenous communities Madre de Dios.  Such incidents are often underreported either because the hand-written reports in health posts are doctored, mis-written, or forgotten or because indigenous parents are, understandably, ashamed or mistrusting of government healthcare workers who often come for two-year stints from elsewhere in Peru. Mistrust among indigenous communities has only grown since 2017, when the ministry of health abruptly shut down its indigenous branch (Cabel 2017). FENAMAD and AIDESEP had been key in taking political action, drawing international attention to government’s decision.

As we sat down to our own dinner that evening, we discussed the future. How to reverse the process that turns gold into scrap metal and food into poison? While only a step in remediating the damage, the meetings would end with the Minamata secretariat promising to dedicate funds for indigenous participation at the next conference. Shifting the power dynamics that create toxic economic and social relations – away from extraction to stakeholder interaction – can play a critical role in creating the grounds for making mercury, and mercantile systems, history.

Note: The author thanks Cusurichi, Tayori, Rubio, Rodriguez, Arriola and Ismawati as well as colleagues in the Peruvian Ministry of the Environment for their advocacy efforts as well as the National Science Foundation #1924148 “CNH2-S: Mercury Pollution and Human-Technical-Environmental Interactions in Artisanal Mining,” as well as Noelle and Henrik Selin.

[1] The year 2020 is the deadline to eliminate mercury from these products. 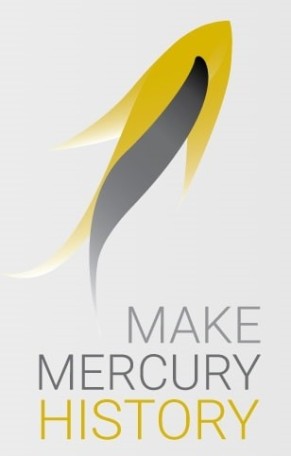